On the signal they would began to throw the stones at each other until one gave up or was seriously injured. Taking out a small crucifix, which he used to wear around his neck, Dominic held it up. He strode before the angrier boy, and kneeling down said, "You start! Throw the first stone at me! Taken by surprise, the boy began to tremble. I have no argument with you, Dominic. Dominic ran over to the other boy. He too was astonished and assured Dominic he was his friend and meant him no harm. Then Dominic stood up. Looking at them, he said with great emotion: "Neither of you is ready to hurt me because I am your friend, yet you want commit this sin over a stupid remark made at school.

Christ, who was innocent, died for us rather then seek revenge from those who hated him. Both boys dropped their stones, ashamed before his courageous stand. I hated myself for having forced a good friend like Dominic to go to such lengths to keep us from sin. To show my regret, I forgave the boy who had insulted me and asked Dominic to tell me of some good priest who would hear my confession. Dominic had a special love for the Immaculate Heart of Mary. Let me die rather than commit a single sin against chastity. Every Friday he found a few minutes during recreation to go to the chapel with some friends and recite the Seven Sorrows of Mary or the Litany of the Sorrowful Virgin.

One Saturday, for example, he invited a companion to recite Our Lady's Vespers with him, but the lad tried to get out of it by pleading that his hands were cold. Dominic took off his own gloves and gave them to him. Another time he lent his coat to a boy to have him go to church with him for a few moments. Apparently, in the winter the Church was colder inside than it was outside.

Dominic drew up an interesting set of stories about Mary, the mother of Jesus, to tell his schoolmates. Now and then he would drop a good hint to get someone to go to confession and Communion in honor or the Blessed Mother. He was the first to set the example. He saw the Sacrament of Penance as a good place to get advise from the priest. A pleasant episode bears out his tender love for Mary.

The boys of his dormitory had decided to set up a little shrine to Our Lady at their own expense so as to keep the month of May. Dominic was very excited about it, but when he found out how much it would cost, he exclaimed, "What can I do? I haven't a cent! He got a book he once received as a prize and, giving it to the boys, said, "Now I can do my share for Mary!


Take this book and sell it! After they bought the decorations they began setting up the shrine, but by the eve of Mary's feast they had not yet finished. But his friends knew that he was still recovering from a recent illness and made him go to bed. I want to be among the first to see our shrine to Mary! I want to share my love for the Blessed Mother with my companions. What can I do? He drew up a few rules and guidelines for the group, which he called Sodality of the Immaculate Conception.

On June 8, , nine months before his death, Dominic had the rules approved by Don Bosco, and the first members were enrolled. Today the function of the sodality remains in the Campus Ministry Teams in Salesian Schools and the Youth Ministry Teams in youth centers and parishes. 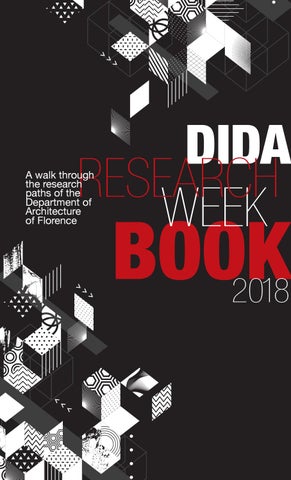 If we put the founding of the Immaculate Conception Sodality by Dominic Savio together with the apostolic direction that he received from Don Bosco, it becomes clear that for Don Bosco Salesian Spirituality is always a forward movement of prayer motivating ministry and ministry motivating prayer. Before going to Don Bosco's Oratory, Dominic would to go to confession and Communion once a month, as was the practice of the day. Dominic heard Don Bosco tell the boys that to keep on the path to heaven, they should do three things: "Go to Confession regularly choosing a steady confessor to whom you can unburden the heart, receive Communion often, and promote goodness among your friends.

He had a great love for the Eucharist. At first he went to Confession and Communion every two weeks, then every week. Observing his spiritual progress, his confessor Don Bosco advised him to go to Communion three times a week and by the end of the year every day. Dominic placed unlimited confidence in Don Bosco, sometimes speaking to him of his spiritual problems even outside of Confession. To spend time in adoration before the Blessed Sacrament was his delight, and he made at least one visit to church a day, taking other boys with him.

We should remember that Dominic lived at a time when Northern Italy was still influenced by Jansenism, which had a very negative understanding of confession and the Eucharist. In simple terms it regarded humanity as basically evil. The Holy Communion Eucharist was to be received only rarely and only by those who were worthy. Don Bosco was among those who were trying to combat this heresy.

His Salesians do so daily and offer their students the opportunity for daily Eucharist. Don Bosco knew well that we all need spiritual advise through a spiritual director and through regular celebration of the Sacrament of Reconciliation Confession. Don Bosco himself was an eyewitness to extraordinary events concerning Dominic Savio. Don Bosco wrote, "I am recording things I have seen with my own eyes.

I assure you I am adhering strictly to truth …".

When Dominic received Communion or when he made a visit to Church he became completely absorbed in prayer. One day Dominic was missing from breakfast, from class, and from lunch. No one knew where he was. On being informed, Don Bosco guessed that he was in church as he had been at other times. His guess was right. He went into the sanctuary behind the main altar.

Meaning of "Santo Domingo" in the English dictionary

There was Dominic, standing as immovable as a rock. One foot was over the other; one hand rested on a bookstand, the other was pressed against his heart. His face was fixed toward the tabernacle. Don Bosco called to him, "Dominic. Dominic apologized. Don Bosco then sent him for something to eat, adding, "If anyone asks where you were, say you were doing something for me. He found Dominic alone but speaking as if in a conversation with some invisible person.

If you see that I am about to commit a sin, make me die first! Yes, death first, but not sin! Don Bosco asked Dominic what was happening. One night after all had gone to bed Dominic rushed into Don Bosco's room, waking him, "Don Bosco come with me! With Dominic's insistence, Don Bosco dressed quickly and followed him. They left the Oratory, hurried down one street, into another, and up a third, without saying a word, and then into another street.

They walked quickly along a line of tenements, and finally Dominic stopped before one. He ran up the stairs to the third floor with Don Bosco following. Dominic stopped at one door, knocking on the door and told Don Bosco, "Here! The door of the apartment opened, and a woman stood before Don Bosco.

My husband is dying. He left the Church, but now he wants to die a good Catholic! Don Bosco heard his confession and blessed him. The man died a few moments later.